Spanish is a language spoken by approximately 500 million people across the world. Spanish evolved from Latin on the Iberian Peninsula in around the ninth century, and spread from Spain to the Caribbean and to North, Central and South America as a result of the expeditions of the fifteenth and sixteenth centuries. The language has been enriched by many other languages, including Arabic, Basque, Greek, French, English and the indigenous languages of the Americas.

Today, most Spanish-speaking countries are plurilingual, and the indigenous languages of these countries – such as the Guaraní language of Paraguay, and Quechua, Aymara and more than 30 other languages in Bolivia – are co-official with Spanish. Spain also has other official languages besides Spanish, including Catalan, Galician and Basque/Euskera.

As Spanish belongs to the family of Romance languages, derived from Latin, it has many lexical and structural connections with English as well as other European languages. As a result of this relationship, knowledge of Spanish can facilitate the learning of other languages from the Romance family, such as Catalan, Galician, Italian, French, Portuguese and Romanian.

Distinctive characteristics and features of the Spanish language guide the teaching and learning of the language in schools. The close correspondence between the written and spoken forms of Spanish assists with spelling and the development of literacy in general as well as with speaking and listening skills.

Although the Spanish alphabet and writing system are similar to those of English, there are some differences in these features that present challenges for Australian students. These features include the use of accents, inverted question and exclamation marks at the beginning of questions and exclamations, and the distinctive letter ñ.

Word order in Spanish differs from English, most noticeably in the positioning of adjectives after nouns. Subject pronouns are often omitted in Spanish where they would be required in English. It is not necessary to invert the subject and the verb to form a question, or to use auxiliary verbs in negative and interrogative constructions, hence intonation and stress are important for making meaning.

The diversity of Spanish language learners
Understanding the diverse language backgrounds and competencies of students, as language learners, is the starting point for developing their language learning. The changing pattern of migration to Australia is extending the range of languages students bring with them to school.
The majority of learners of Spanish in Australia are studying it as a second or additional language. There are also a number of background learners of Spanish, who have varying degrees of prior knowledge of the language. Most students from Spanish-speaking backgrounds are second or third generation, and in many cases several languages are spoken in their homes. Despite having some exposure to Spanish at home, students may have varying levels of language and literacy skills.

Intercultural understanding
In the Languages curriculum area the focus is on both language and culture, as students learn to communicate meaningfully across linguistic and cultural systems, and different contexts. This process involves reflection and analysis, as students move between Spanish and their own existing language(s). It is a reciprocal and dynamic process which develops language use and intercultural awareness and understanding.
For students learning Spanish for the first time in a school language program, a key dimension of the curriculum involves understanding the cultural dimension that shapes and is shaped by the language. The curriculum has an intercultural language learning orientation to enable students to participate meaningfully in language and cultural experiences, to develop new ways of seeing and being in the world, and to understand more about themselves in the process.

Texts and resources
Students use a wide range of resources designed for language learning, such as textbooks, teacher-generated materials and online resources. Their learning is enriched by exposure to a range of authentic Spanish texts, such as websites, films, stories, songs, television programs, advertisements and magazines. The texts and resources will become increasingly sophisticated and varied as students progress through their schooling.

Use of Spanish and English
Students are encouraged to use Spanish as much as possible for classroom routines, social interactions, structured learning tasks, and language experimentation and practice.
Students will have opportunities to engage with members of the community who speak Spanish, which in some cases will be facilitated via digital technologies.
English is used for discussion, explanation and reflection, enabling students to develop a language for sharing ideas about language and culture.
Source:  http://victoriancurriculum.vcaa.vic.edu.au/languages/spanish/introduction/learning-in-spanish 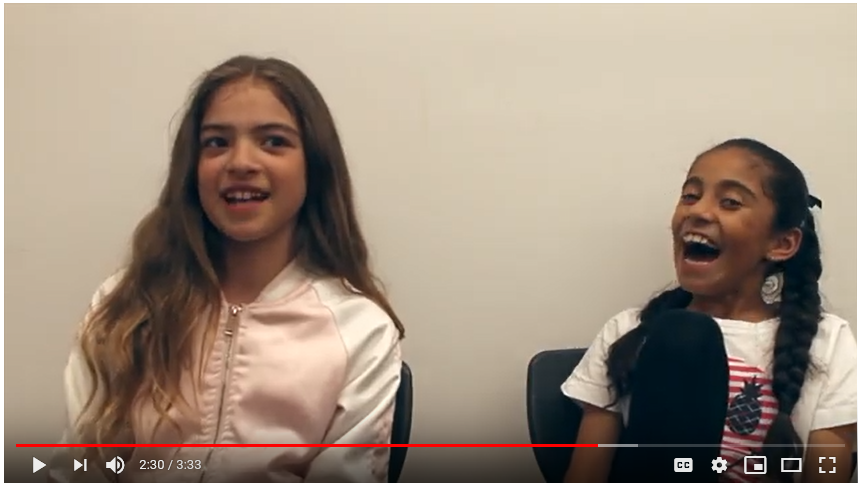